I still have a lot to learn, but thought it might interest others to know how I put together some photos that were taken October 15th this year (shown above). These were taken using a refractor and an SLR camera, mounted on a fork mount.

First I took a series of exposures in RAW format. Make sure it is in RAW otherwise you are throwing away a lot of information and will be limited in what you can do in post processing. I also removed the files that were obviously bad (because of wind, or some other issue). These were the exposure counts I used:

One exposure on its own doesn’t look so great. So we need to combine them.

To combine the images I used Siril. Siril is laid out so that each tab from left to right is the next step in processing your image. 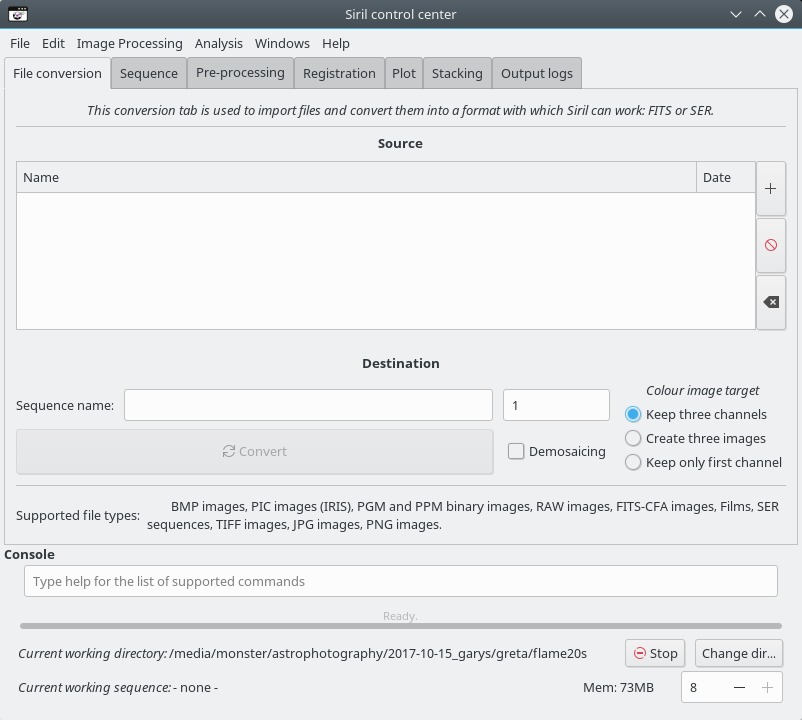 First you do File conversion. I convert the raw image files from the SLR (CR2 files in my case) to the FIT’s file format Siril likes. I make sure to check “Demosaicing” as that is how the colors are extracted. The colors in the the raw file from the SLR are stored as a color mosaic after going through a Bayer filter. You can learn more about what that is here and here.

I add all the files I want to use for a particular image and I convert them all at once. It then puts them all in a sequence. I make sure to include all the images I converted in that Sequence. The next step is Registration.

Registration basically aligns all the images based on the stars in the image. If the center of a star is at a certain place in one image, I want it to be at that spot in all my images. In each exposure the object is shifted a little bit, and I need them to be aligned before stacking. You can select which image is your reference image in the Sequence tab before registration.

I then stack all those registered images into one image through the Stacking tab. Then I save it as a tif file (16 bit sample format) to be processed in Darktable.

If this is confusing, maybe a video will help (see below): 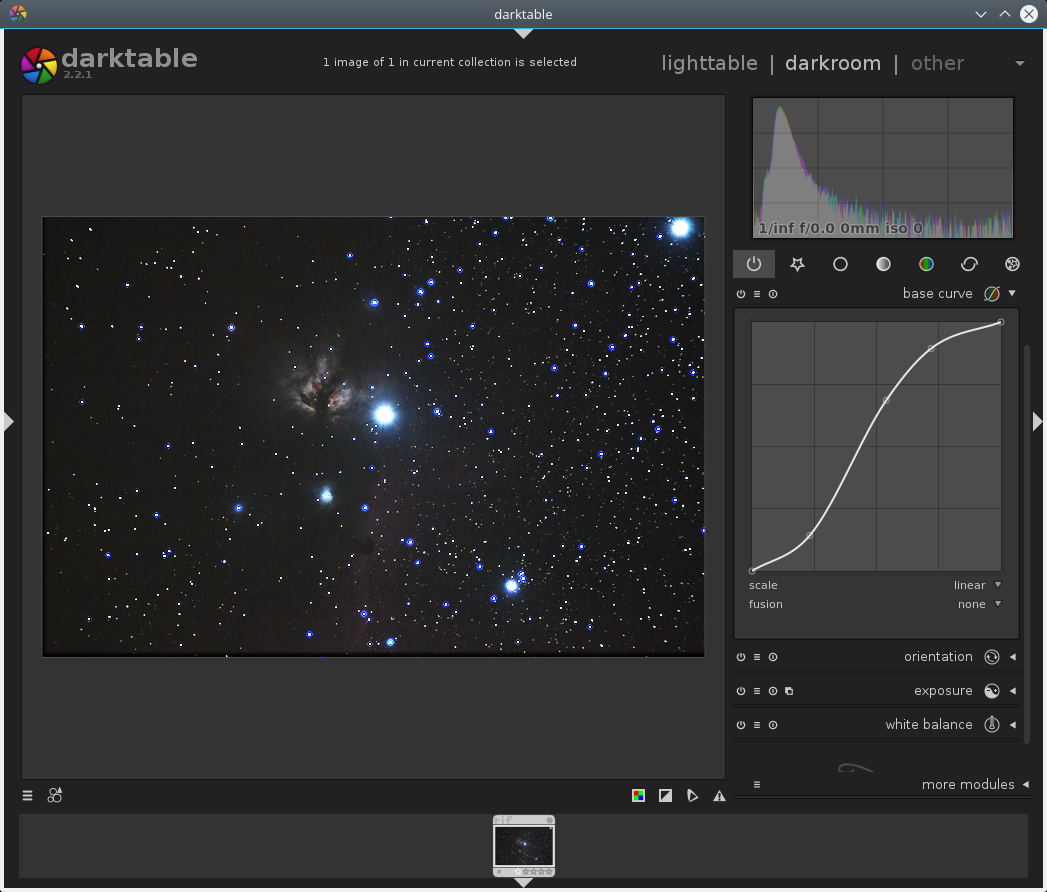 With Darktable, I mainly play around until I feel things look good. In most cases I use the following Darktable modules:

Once it looked the best I could make it, I exported it to a jpg to then further process it in The Gimp.

Because the images were taken with a refractor with chromatic aberration, there are purple or blue (after white balance) rings around the stars. I attempted to correct this by using a “CCD Camera Fringe Removal” Gimp script. This is not a perfect solution and looks a little weird in some of the images (like Orion). It also plain doesn’t work on a object like Pleiades with a lot of blue in it. Gary mentioned to me that some people use IR and UV cut filters to bring it down. The camera already has an IR-cut filter, so I may try a UV cut filter in the future.

After that I cut and resized the image to my liking. The edges of the images were underexposed because not all images had data around the edges after registration. I also used the brightness and contrast tool as a final tweak.

I hope this article was useful if you are getting started in processing astrophotography images.

Graham Bell originally registered NEKAAL up as a Amazon smile charity. For one reason or another it had gone away. Janelle has set it back up. So if you wish you can set your charity to NEKAAL at smile.amazon.com and  0.5% of eligible purchases made by you through smile will be sent to NEKAAL with no extra cost to you.

The easiest way to find it, is to search for “Northeast Kansas Amateur Astronomers League Inc” in the charity search box. 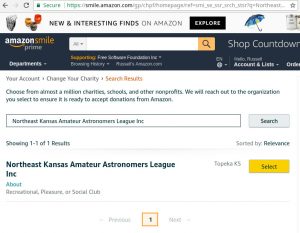